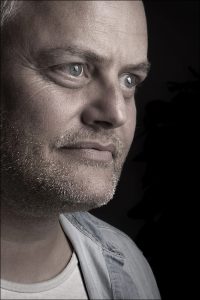 A major source of inspiration is international photography salons worldwide. Bjarne currently participates with his art in roughly 75-100 censured salons every year. Competition there may be fierce, but also necessary to drive him to evolve. Progress doesn’t just happen – it takes effort and hard work.

Bjarne Hyldgaard won his first international medal in 1999. Since then he has racked up more than 600 national and international awards, including 18 FIAP Blue Pins. Like in Austria, where he won two gold medals in the worlds largest photo art competiton, the Trierenberg Super Circuit – a competition with more than 53.000 pictures.

And also in Italy, where he not only won medals, but was appointed ‘Best international photographer’ in the prestigious ‘Concorso Francesco Forno’, and traveled to Rome to receive the award in person.

His pictures has been on exhibit in Rundetaarn (Copenhagen, DK), the Danish Museum of Photography, in photo galleries around the globe, at Voergaard Castle (DK) and in the Danish Ministry of Foreign affairs.